Bitcoin is the most secure hard disk that will ever exist.

BitDB is the memory that lets you make the most out of it.

Before diving in, here are some useful links that may be helpful in your journey with BitDB:

Telegram: Have questions? Join the chat and meet other BitDB users and developers.

BitDB is an autonomous database that continuously synchronizes itself with Bitcoin, providing a flexible, fast, powerful, and portable query interface into the Bitcoin universe.

By functioning as a "Memory" to Bitcoin's "Hard Disk", BitDB enables a whole new category of powerful in-memory data processing that used to be impossible with Bitcoin's JSON-RPC alone, and makes it as simple as a MongoDB query. 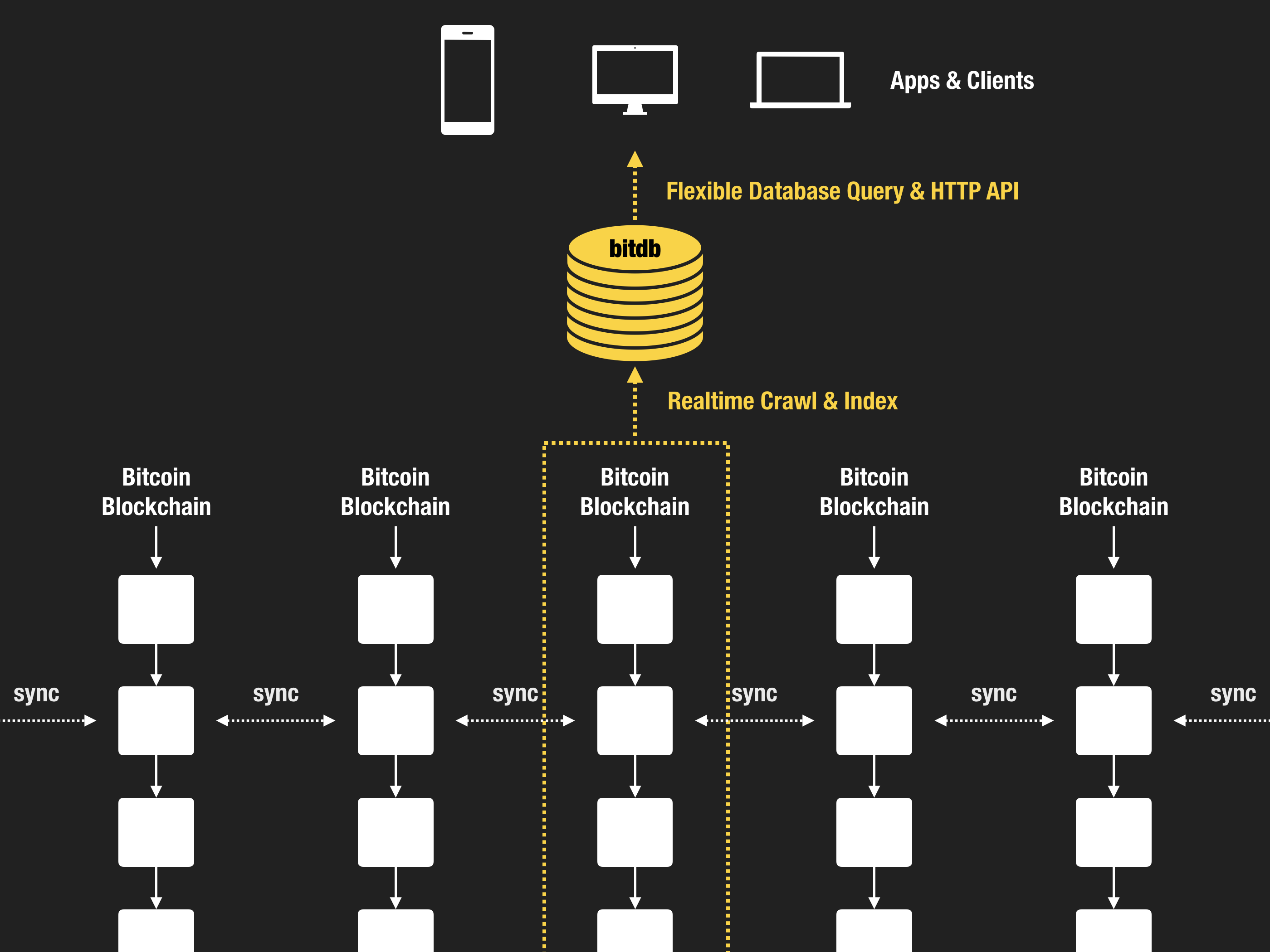 Why would one need a "Random Access Memory" on top of Bitcoin? What problems does BitDB solve?

It's actually the same reason why computer systems have RAM (working memory) on top of hard disk (long term memory).

Let's start with an example:

Bitcoin's transaction inputs and outputs are encoded in a low level language called "script" which looks like this:

Bitcoin validates this transaction by walking through this script from left to right, computing each push data based on the opcodes and bitcoin script rules. While this is the simplest and most elegant way to implement programmable money, this elegance comes at a cost:

Bitcoin script is not optimized for letting the "outside world" make sense of and take programmatic actions through powerful queries into Bitcoin.

Another way of saying this is: it's not easy to build sophisticated user-facing Bitcoin applications without building out some complex custom backend infrastructure to index and process all the data. For example, trying to find an answer to a problem like the following has been impossible:

This is just one example of what's not easily possible with Bitcoin today, but there are many more.

2. Three Types of Databases We Need

While we're at it, let's use our imagination and think of some hypothetical database systems for bitcoin that would be extremely useful to have in the future but don't exist yet:

Good news: You don't have to wait because it's already here, it's called BitDB.

BitDB is all three of those databases in one:

Now let's take a look at how BitDB actually works, and how it solves all your problems.

can be solved with a single NoSQL query, as simple as:

It's just a regular MongoDB query wrapped in a meta-query object "q":

This type of powerful query is possible because BitDB crawls, parses, and indexes all Bitcoin transactions in a structured document format, to which you can run any complex queries.

Also, since the query language itself is JSON, the query is portable, can be implemented in any programming language, and can even be sent over HTTP. BitDB nodes can provide HTTP API endpoints that decentralized 3rd party applications can connect to.

The standardized database query language protocol ensures that your app lives on forever even after you move on, because all that's required to run the application is the query, which itself is portable because of its declarative nature.

And just the fact that this is possible gives users the trust that their favorite decentralized app won't just disappear tomorrow. 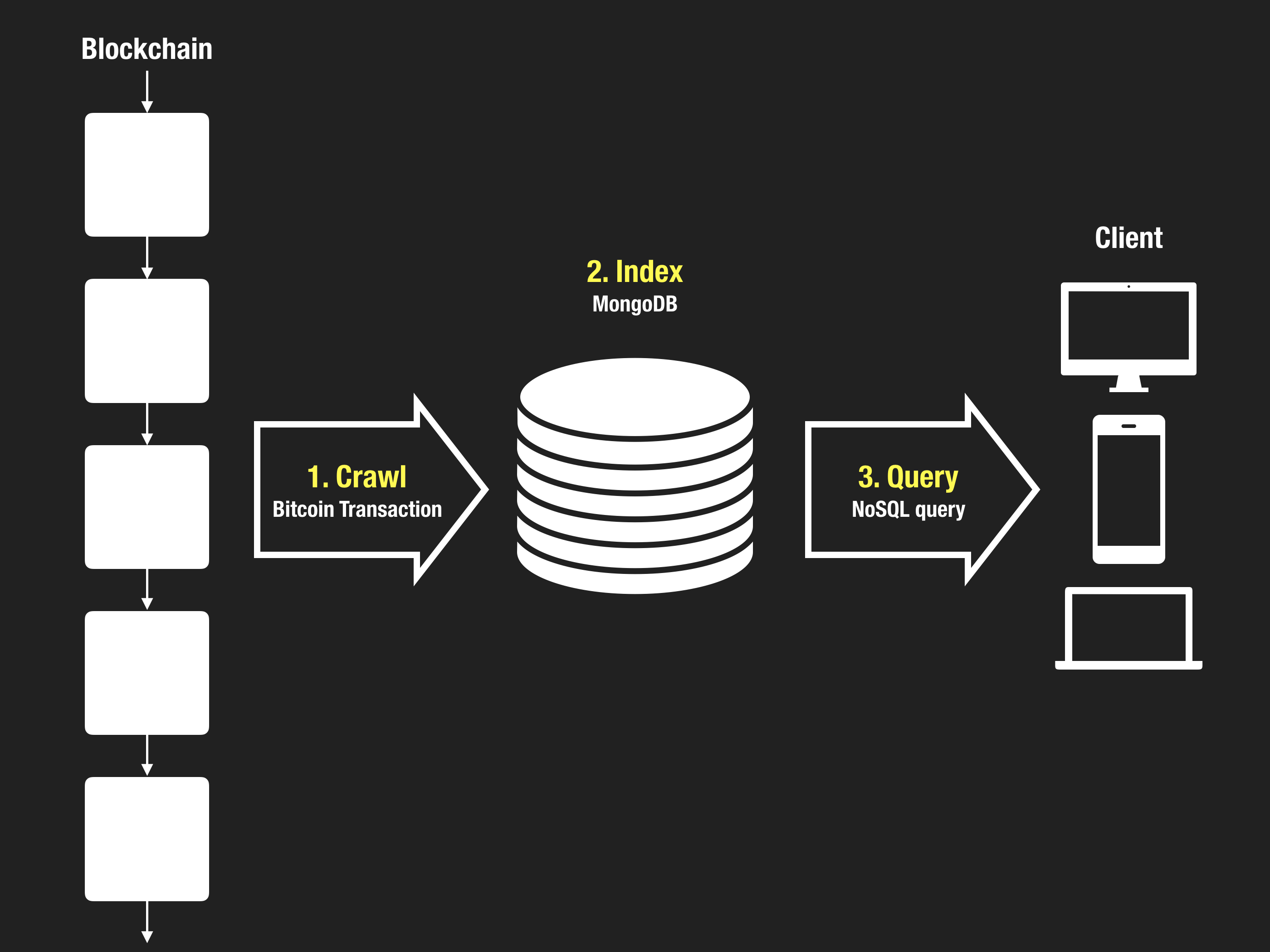 Humans can't directly write to BitDB. The only "user" with "write" permission to BitDB is Bitcoin itself.

BitDB utilizes Bitcoin as the single source of truth and doesn't require any human intervention once it starts running as an autonomous daemon because it's a self-contained crawler + parser + indexer + query engine, all in one.

With this approach, the "database" is merely an index built from the canonical Bitcoin blockchain, just like how web search engines are merely indexes built from websites they crawl and the "source of truth" is always the original website.

So if Bitcoin is the only entity that can write to BitDB, how can a lowly human being get data into BitDB?

Simple, you go directly to the source (Bitcoin) and write to it. And how do you write to Bitcoin? Make a Bitcoin transaction!

You'll see that BitDB immediately synchronizes with Bitcoin and your transaction shows up on BitDB instantly. Here are some libraries that provide various flexible ways to WRITE to Bitcoin:

In essence, BitDB is a database constructed by a one-way synchronization function that transforms a raw Bitcoin transaction into a structured data format that can be queried against.

This means we can reconstruct identical BitDB databases as many times as we want from Bitcoin. If there's a nuclear war and every single BitDB node goes down, as long as there are Bitcoin nodes running, you can recover from the destruction by traversing the transform function through time (ie: the blockchain).